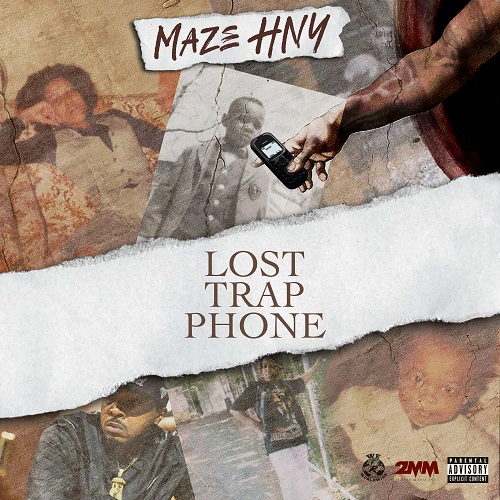 Posted on June 4, 2021 by TGR MEDIA Posted in Mixtapes
Tweet Every once in a while, Something amazing happens in hip hop and that something is MazeHNY!

Maze, The Queens Thoroughbred, hailing from “Henderson New York (HNY)” to be exact, says to be titled great in hip hop it has less to do with exaggerated Rhyming prowess and more to do with one’s sincere personality and the ability to connect with others through music. Maze’s music exhibits why he’s garnered such a name by taking the listener down a road that will put them in a zone, as well as having the mind travel all in one breath.

Using some big names in the industry as some of his influences, Maze alongside his Production Company – WE.R.WORLDWIDE & Management Team – 2MaroManagement / 2MM put together a project that was a culmination of all he’s experienced, observed and felt in his life. The result culminated into a 8 track odyssey full of heart felt, inspired heart-racing, synchro-synthesized soundscapes and contagious cadences that are sure to not only get the south’s attention but have every region across the country & abroad taking note to his mixtape ‘Lost Trap Phone’. The title is fully inspired by things he’s been through in his past.

The lead single (Check Ft. Riichylee) is packed with a street punch. The fast flow cadence Maze has riding against the beat combined with Riichylee’s stop & go bounce guarantees to have the clubs going crazy with the way they flow on the track filled with eerie sounds and down drill baselines. “Basically what I’m saying in the song is, If it ain’t about a check then what is it about?” says Maze. “Im just breaking down how I feel out here in these streets. It’s a street vibe for anybody out here in these streets. Even if you ain’t like that you can understand it.”