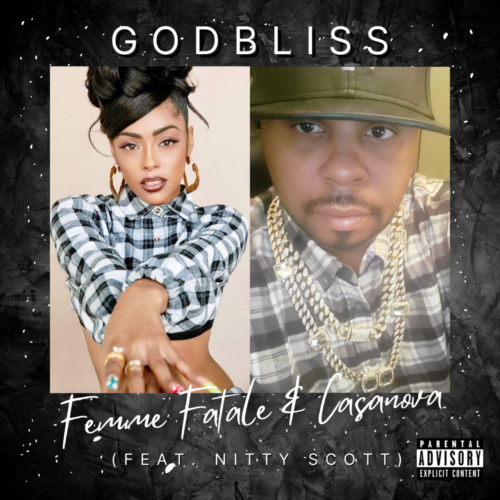 Godbliss was born in the Bronx, New York, in the early 80’s, and like so many others were influenced by hip-hop at a young age. Godbliss’s mother was a female rapper, and his father was a well-known DJ in the Bronx. Hip-Hop was in his blood at birth. At the age of 10, Godbliss was already writing rhymes.

Growing up listening to Kool G Rap, Rakim, Big Daddy Kane, and KRS-One, he created his own style. By 1992 Godbliss had joined the 5% Nation of Gods and Earths and started putting knowledge and intellect along with his already hardcore metaphoric style. Godbliss has never lost a battle and is well known in the underground market. Touring around the world performing and keeping real hip-hop alive, Godbliss has a large following of fans rooted in the real hip-hop tradition; a fan base that include every race and nationality.
On August 19th, Godbliss released his lasted single featuring Nitty Scott produced by D-ski The Illeagle, “Femme Fatale & Casanova“. This single was inspired by the mentality of a Femme Fatale and Casanova and how it effects our society. In addition to working with Nitty Scott, he has also worked with The Game, Inspectah Deck, Kool G Rap, Sadat-X, Saigon, Grand Daddy IU, K-Rino and J-lyn, to name a few.