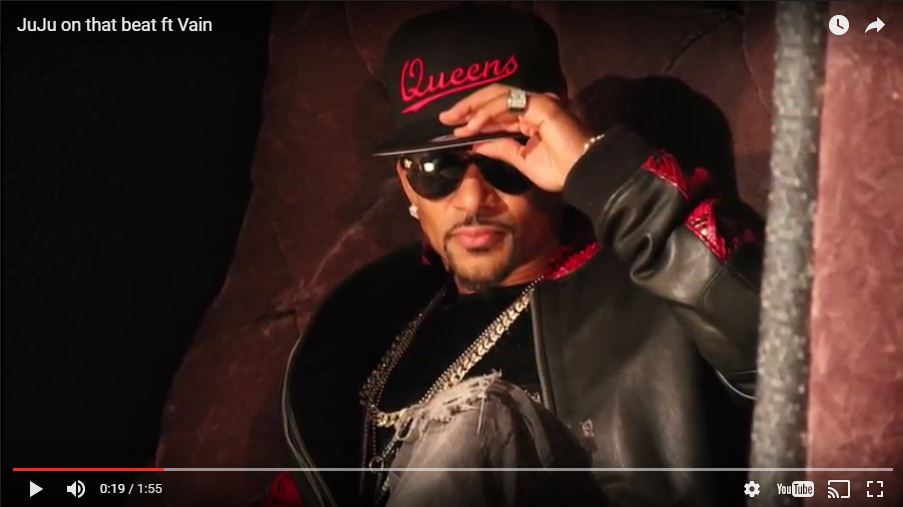 Catch V.A.I.N’s spin on #JujuOnThatBeat, the current viral dance sensation. Vain has become infamous for his freestyles especially his Monster Bars Series which has features from Tony Yayo and St. Laz. He was also invited recently to spit some of his freestyles live on DJ Self’s Show and on Funkmaster Flex‘s Franchise TV.

The craze for this hot beat started over a decade ago with Crime Mob‘s “Knuck If You Buck“, which you can hear on Juju On The Beat Track. Vain gives us the best of both world’s as he kicks his freestyle with some new jack swag and a classic gangsta style! This his most recent freestyle has already been featured on New York’s famous Power105 and is taking the internet by storm!!