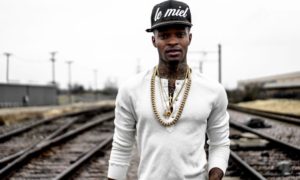 Dallas crooner Imaj follows up the visual release to “Fool” with the Singers Room premier of “Something Real”, which will see it’s television debut tomorrow. This up-and comer has seen a lot of playlist addition of late, something we expect to see more of once he hits the channels.

Imaj was fortunate to be ‘discovered’ on social media by Dallas award-winning tastemakers Rudy “Coach” Flores, Ricky “Slikk Muzik” Offord, who produced the track, and Rene “Spank” Martinez. What came next was a welcome departure to Imaj’s troubled past that included finding himself homeless as a kid.

With all of that in his rearview, his undeniable work ethic and a strong team including J Lacy and Houston indie label, EAR Records, Imaj is now poised to deliver ‘something real’ to the masses. Enjoy the latest below.