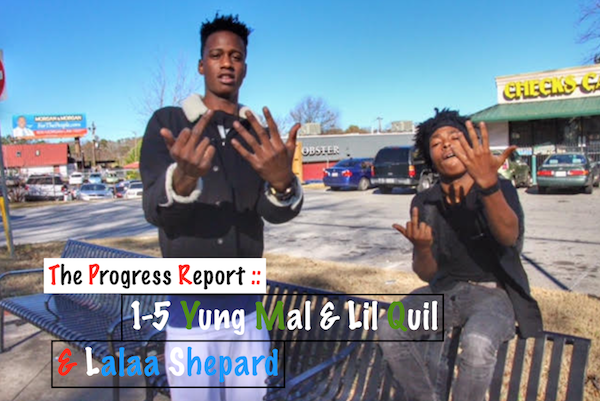 Meet rising artists, Yung Mal & Lil Quil, blessed little bastards and products of East Atlanta, Candler RD to be exact. During an exclusive interview with The Progress Report, Yung Mal & Lil Quil discuss creating 1-5 from the ground up and earning respect from their peers and OG’s. The 2 also discuss their harsh reality and hardships of growing up in the projects and frequently losing brothers and friends to the streets.

Yung Mal speaks on surviving Hurricane Katrina with his mother and losing everything that he once knew. Atlanta was a breath of fresh air for the young emcee and teacher of life experiences – from the dope game, sex, and anything in between.

“Streets been waiting on us… Gotta grind so you can shine and it may take time.”

Music is everything to the young emcees, telling stories is second nature since they have much weighing on their hearts and minds. Both admit to never having anything but always remaining thankful with the smile of a millionaire.

The death of Lil Quil’s older brother prompted the emcees to take advantage of the moment and released their aggressive hit single “Str8 Out Da Pot” which features all bars and no hook. 1-5’s debut mixtape “Blessed Lil Bastards” is set to release January 5th (1-5) hosted by Hoodrich Pablo Jaun. 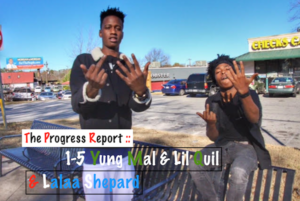