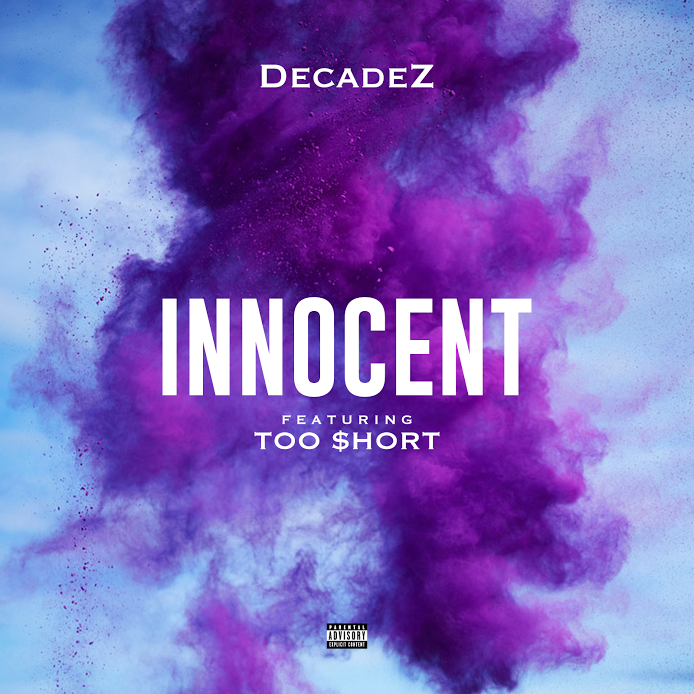 Los Angeles producer/rapper Decadez has announced the upcoming release of his hot new single, “Innocent”. Featuring Rap veteran Too Short, the song is a sultry, crossover record that embodies components from a wide variety of genres spotlighting DecadeZ’s impressive vocals and songwriting ability.

Over the course of his career, DecadeZ has built a name for himself throughout the southern California music scene. He’s worked with both independent and major recording artist alike. He has also collaborated and worked with artists such as E-40, Bone Thugs-N-Harmony, ScHoolboy Q and Danny Brown.

An artist who excels lyrically and vocally, DecadeZ is excited to debut his new music to the world. Self-written and produced, “Innocent” is the first song from his forthcoming “GVM” album. “Innocent” will be available on iTunes, Amazon, Spotify and other major online music retailers on November 4th. Until then, the song can be heard on his Soundcloud page which we provided below.