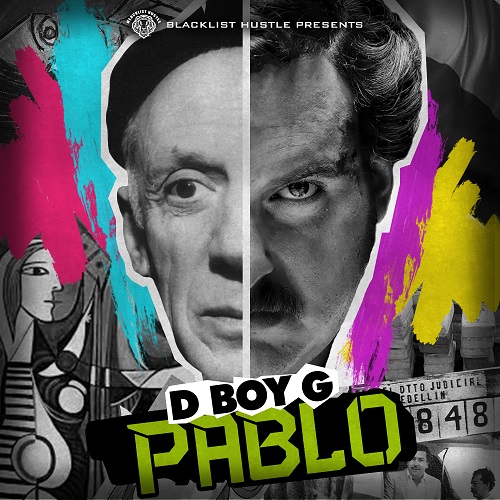 D.Boy G is the hardest-working hustler out of the Carolina’s since the legendary Frank Lucas. Just like the hardnosed heroin dealer migrated from the Tar Heel State to take over Harlem in the 1960s and 70s, Raleigh, NC native son D.Boy G is slanging dope music to the masses. And just like his predecessor in the game, D.Boy G has the ambition for domination.
With content as addictive as the resin of a poppy plant, the first offering from his upcoming BlackList Hustle album G Season is the hustlers’ anthem “Pablo.” On the celebratory lead single, D.Boy bridges being a hustler and being an artist.

Over Latin-tinged production and a boisterous brass section co-produced by the artist himself and Mike Blayz, D.Boy G proclaims in a conversational delivery: “Oh Lord! Is he an artist or a drug lord?”

But this taste is just enough to get you hooked on the rest of D.Boy’s powerful product. A collection of records based around the art of hustling, G Season the street-praised album teaser “NBA” featuring Playboi C (produced by Mike Blayz), “Legendary” featuring Young Snead and YG (produced by Chophouze) and cameo verses from Dolla Boy of Players Circle.

“I’ve always been a hustler, and I was known as the general. So I’m known for hustling,” D.Boy explains. “If you got God in your hustle, everything else will fall in line. That’s why we winning over here.”