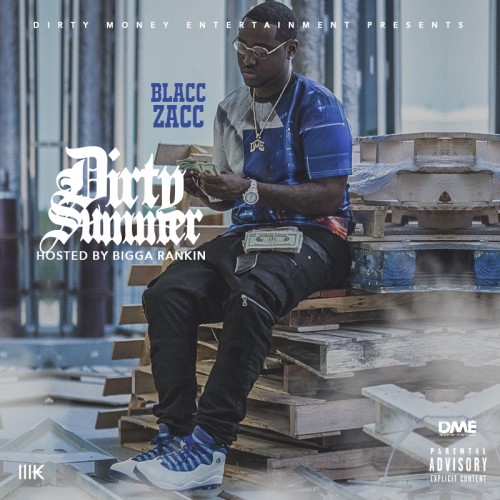 As Founder/CEO of Dirty Money Entertainmet (DME), Blacc Zacc is an entrepreneur on the rise, with plans to make his label a household name. Born Zachary Chapman in Columbia, South Carolina, Blacc Zacc grew up in Columbia Gardens where he began rapping at the age of 13. “I was inspired to be successful in life by my older brother Tony,” he remembers. “I looked up to my big brother’s lifestyle as a child.”
He was also influenced by music industry moguls like Grand Hustle founder T.I., Maybach Music boss Rick Ross, and internationally renowned powerhouse P. Diddy – who all built their success from the ground up.
He has dropped several albums since 2010 and today we drop his latest entitled “Dirty Summer”, hosted by the lengendary Bigga Rankin. An album that features thirteen hot tracks that leave the audience ready for more.