Rendu Sosa is a self-taught engineer, producer, and recording artist from Louisville, KY. He took a liking to music at the age of 15 and invested in his interest. After constantly getting in trouble in school, Rendu began to focus more on his craft and purchased studio equipment, a MP- 7 beat machine, a computer and recorded himself.

Soon after, Rendu released his first mixtape in 2013 with DJ Murph and flooded his city with posters, CDs, and shot several music videos.

After the success of his first project, Rendu joined forces with upcoming artist, Lil King Bandit and released a joint mixtape, #ErrthangBandit.

2014 would mark a critical year in Rendu’s life as he suffered the lost of his older brother Dion and decided to release a mixtape in his honor, The Ghost Of Pattamattic. During that same year, Rendu birthed a baby girl which gave him a new outlook on life, prompting him to quit bad habits such as smoking and drinking.

Rendu Sosa has since released a third solo mixtape, G.U.N.S. (Grinding Under Narcotic Surveillance) and has linked with Hoodrich recording artist, DrugRixh Peso. Rendu wants to provide a better life for himself, his family, and to help other upcoming artists from his city and recently released a joint project with DJ Murph titled, Plugged In 4. 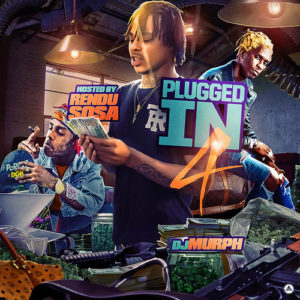