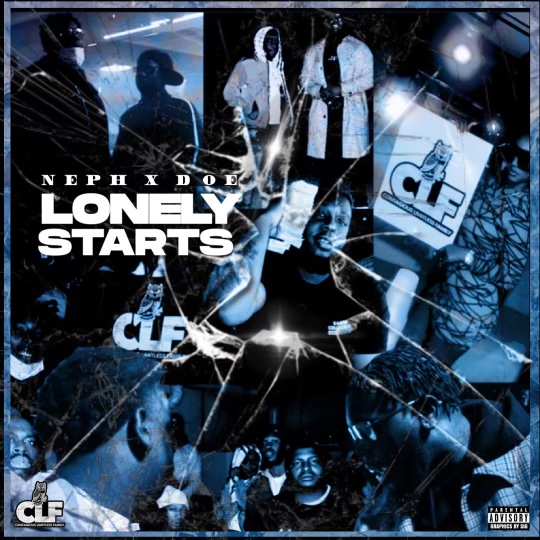 Today we received word on a hidden gem coming out of Savannah, Georgia. We’d like to introduce you to up coming rap duo ‘Neph x Doe’. After listening to a few of their songs on Apple Music: Nickname, No Filter, and Awkward Silence we’re definitely looking forward to their debut mixtape entitled “Lonely Starts” executive produced by Billion Dollar Ben who’s become the duos go to producer. They are repping CLF but are a completely independent movement. Their musical influences include the late great Camoflauge, Boosie Bad Azz, Youngboy NBA, 8-Ball, Soulja Slim, and Mr. Biggs. You definitely can feel their influence through their gritty rhymes, southern flow, and beat selections. “Nickname” is our favorite out of what we heard so check that out on all digital streaming platforms, we’ve provided the link below. Keep up with the CLF movement and these two future stars by following them on social media.