A lot of people seem to want to be a hustler, but if they realized how much work it takes they’d probably just get a day job. J.A.G.2 hit his hustling stride when he was selling CD’s out of the trunk of his car. At first it was a trickle, but it primed the public for his next release that hit the stores in Daytona like a hurricane. But that’s not how it all started. It took death to bring J.A.G.2 up to the mic; in 1998, his close cousin passed away. A year later, while going through some old cassette tapes he came across a demo his cousin had recorded, and at that moment J.A.G.2 began writing his own material. He kept writing – he wrote for three years before even stepping into a studio. In 2002 he met his best friend Mr. Marage, and they formed a duo called Katastrophe. After writing and recording they released their only album, “Down South Ridaz”. In 2004 they split up to pursue solo careers, and J.A.G.2 found himself in the doldrums. To shake things up, in the summer of 2005 he left Albany, GA for the Daytona Beach scene. After hooking up with his cousin Mr. X they put together some new tracks into a demo and began looking for a record deal. As other true hustlers know, record contracts don’t get handed out like show flyers, and after nothing promising was offered they decided to put it out themselves. 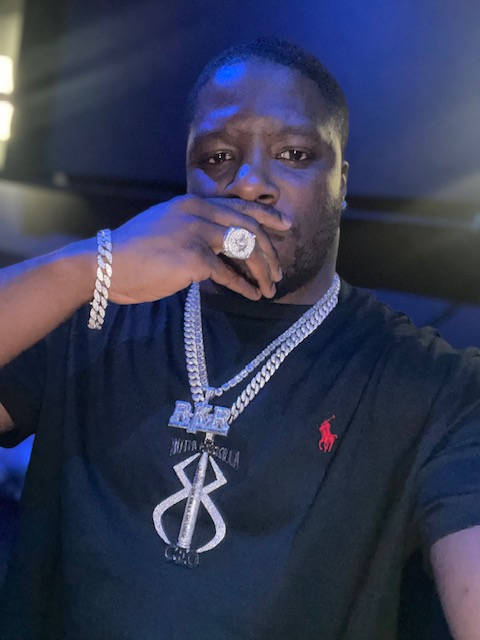 At the end of 2005 they released “Ruthless Aggression Volume 1” which got them noticed in the local scene. Heading back into the studio they began work on Volume 2, meanwhile developing relationships in Daytona Beach that led to them releasing it in local music stores. In Daytona Beach alone they sold over 2500 CDs – a smashing follow up to Volume 1 and evidence that even better things were to come. While happy with the success of his work with Mr. X, J.A.G.2 had a solo project that he wanted to put onto the front burner. After nine months of writing and recording, he released the mixtape “Da World Iz Mine” on his cousin’s birthday. Released on February 19th, with 19 tracks, it not only honored his cousin but would produce sales that were double his previous efforts – over 7000 CDs sold between Georgia and Flordia, in stores and out of the trunk of the car. Moving units got him noticed by the locals, and right after the release of the mixtape J.A.G.2 signed the artist Rico to his new label, Ruthless Killa. Rico’s release, “Rookie of the Year” sold 4500 copies and had two songs go to 1 on Power95 in Bermuda. In late November, J.A.G.2 and the Ruthless Killa crew released their third mixtape, “Da Untouchables”, which sold 3800 units based upon reputation alone. Expectations for the new year were high after the success of 2006, and after taking time off for the birth of his third child, J.A.G.2 returned to the studio to work on a full album entitled “Legend in the Making”. As his internet buzz grew, he released two singles, “Ruthless Killa” and “Mr. Shawty There He Go” that both took the 1 spot for weeks on Power95. With heavy support from the south and the islands, he was prepared to take his career to the next level. “Legend in the Making” was released on February 24thand sold another 5ooo copies. After the release J.A.G.2 took time away from the music industry due to personal issues but returned in 2018 launching the return of the label. In 2020 the label released their first full length album by Da Campain which has streamed over 500 thousand and has won single of the year “Dat Way and as of April of 2022 Album of the year by Yo Atl Raps. He has also won awards for his efforts as a CEO of the label by winning the 2021 Pioneer Award at the JMO Radio awards in Las Vegas. Now Ruthless Killa Records have signed new acts Tha Big O, Verseitel, Wholehearted, Dj Rome, Asya Marqui, and Blacc Leo as they now represent the future of the label. As J.A.G.2 leads the way for the new up and coming artist you can only expect great things from the entire Ruthless Killa Records label in the future. Also be on the lookout for is new single pocket watchers set for release in September.