Supah Mario has been producing for nearly a decade but has recently received recognition for break out hits such as Young Thug’s “Wyclef”, Young Thug & Trouble’s “Thief In The Night” & several records with Waka Flocka, 808 Mafia, & more. During the interview, Mario admitted to not knowing Young Thug until 3 months ago and how it felt to hear records that he’s produced being played on the radio and in the clubs. Mario also discusses fatherhood, snakes in the industry & importance of knowing the business, looking up to producers such as Drumma Boy & 808 Mafia, not being a fan of the current state of Hip Hop but believes in Young Thug. 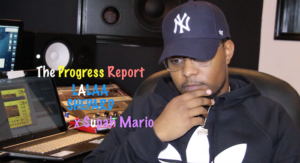