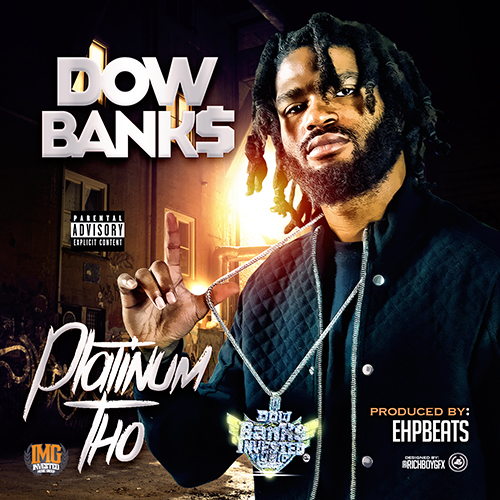 Dow Bank$ was born September 6, 1985 as Don E. Williams II. He was raised all over the South, being born in Houston, TX and later lived in Florida, Louisiana, and Alabama. Dow Bank$ was brought up by his mother and various close relatives. Lessons he learned from his mother, helped him decide that Dow Bank$ the artist would demand loyalty and credibility, “Nothing Less”. School was important to Dow Bank$. As a result, he attended numerous schools including Carroll High School in Ala and Arlington Senior High in St. Paul, Minnesota while on his quest to greatness. Having a successful business was only one of many goals for Dow Bank$. Dow Bank$ obtained not one but two contracts in Europe and Asia in the music arena. Dow Bank$ is currently using his experience to bring Dow Bank$ the artist to Wall Street. This Single “Platinum Tho” is only one hit of many more to come.

“Productivity is the goal when producing a product, music included” – Dow BankS Invested