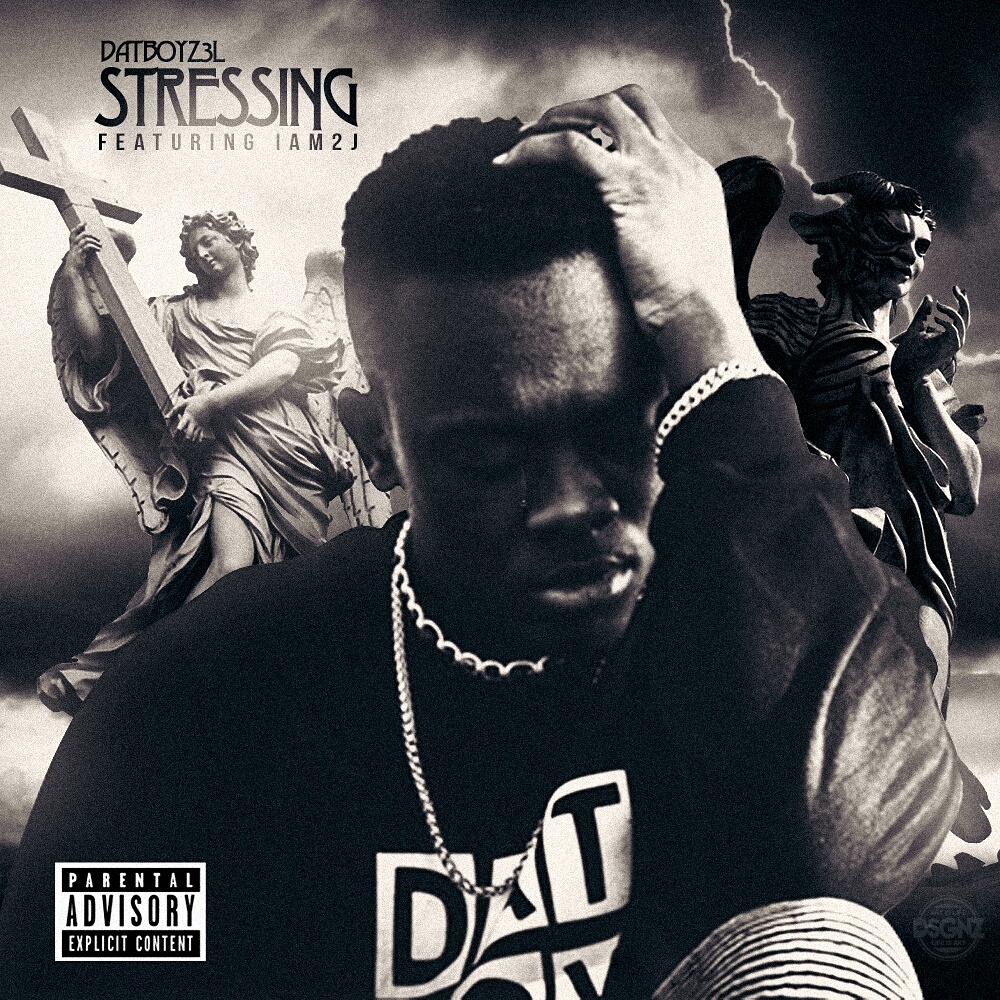 Fast rising Tennessee artist DaTBoyZ3L switches gears from his previously released singles and opens up his feelings for “Stressing”. Alongside fellow Jackson native Iam2j, Z3L looks to the Lord for resolutions and relief for the issues he’s encountering. DaTBoY has a very unique voice and utilizes an array of harmonic ranges to give his sound a full bodied feel. While Z3L approaches the song from a religious standpoint in the first verse, 2j and his insight builds to a more aggressive delivery in the latter verses.

The cover art behind the single perfectly portrays the big picture of the song. That picture is of our constant battle between right and wrong, good and evil. Overall, this is an ideal song to listen to whenever you’re dealing with issues. It gives hope to those that may otherwise feel there’s no chance to overcome those woes. “Stressing” can be streamed below, courtesy of Spotify.

The song is one of many singles from DaTBoYZ3L’s debut solo album entitled “DatBoy”. As with “Stressing”, the project is available for streaming via Spotify.